This is a story with a happy ending for Virgil, a lovely 9yr old Boxer we saw for the first time in early September 2015. Virgil had been getting "old" lately, losing some weight and now his belly was getting more prominent. After a checkup and some tests we found he had a large abdominal mass. For no particular reason Virgil had never been desexed and more worryingly he had only ever had one testicle where testis should be. There was a high likelihood that the retained te 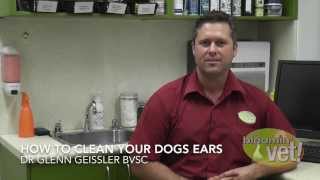 How to clean your dogs ears

Why have we switched to feeding raw?

Is your dog scared of storms and thunder?

Symptoms of tick paralysis in your Cat

How do I stop my puppy from biting?

How to trim a dogs nails

Management of Arthritis in your Pet.

What should I feed my Budgie or Cockatiel?

When is the right time to put my pet to sleep?